Roberto Bolaño’s final novel 2666, released posthumously, is a sprawling literary tome.  It’s the kind of work that possesses a staggering amount of angles, gliding through time periods, characters, both widespread and intimate violence, sexuality, and Bolaño’s expertise, the imagining and dismantling of artists.  The novel, divided into five parts, which were originally intended to be released separately, is comprised of several attempts, both direct and indirect, to track down an elusive German author, Benno von Archimboldi.  The novel opens with a scholarly pursuit of Bolaño’s writer by four renowned literary professors, experts on Archimboldi.  The scholars are the novel’s first refocus, an attempt at expanding beyond the central plot in order to imagine why these people have converged, why they are being forced to belong to the world of 2666.

This first move of the novel makes it clear that Archimboldi functions as an author within the author, shrouded in speculation and criticism; he is a nonentity, someone to be determined, chased but never grasped.  While reading, it is apparent that Bolaño’s novel champions cast over plot through its innumerable attempts to account for fictitious people and their realities.  The plot can only enhance the depth of this task.  It is not a work driven by completion or a functional brand of storytelling.  2666 is a dizzying experiment in simulating the interconnections of reality, and its attempt is marked by the overwhelming feeling that both the author and reader will fail, that while fiction will always be informed by a slew of experiences and people, it will never be able to truly grasp them.  Bolaño understands that life is constantly outpacing us, and he wants 2666 to be fictions acceptance of this concept. 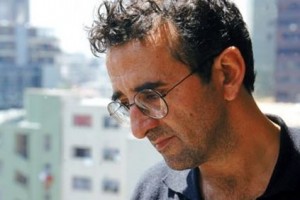 With these thoughts in mind, the dismantling of Archimboldi accelerates.  The academics that open the novel are exposed to their own sexual follies, their infighting, and misplaced desires.  Archimboldi becomes a quiet, coveted distraction amongst the much more gripping shame of people trying to lead actual, albeit created lives.  Bolaño’s emphasis on the play between human fallibility and the limits of a writer’s creations allows this novel to truly breathe, paralleling the feel of his earlier work, The Savage Detectives, in which a lengthy monologue abruptly ends and is replaced by a blur of fragmented and diverse accounts from so many shades of people.   2666 abandons the traditionally European intellectuals’ perspective, and grounds the work in several strains of Mexico for the majority of the rest of the novel.  This transition begins with the displaced life of a professor in Mexico, Amalfitano, a deliberate counterpoint to the snobbish Archimboldi experts, who is enlisted by the European intellectuals to aid them in their hunt for the reclusive writer.

Once again, the novel’s alleged focus, the discovery of the absent Archimboldi, is displaced.  The perspective of this Latin American professor emphasizes a social hierarchy in the academic world in which reputation and national identities trump the merits of the individual.  Amalfitano, as a displaced native of South America, recounts the hardships of military dictatorships and emigration that lead him to Mexico.  Bolaño uses this character to begin a lengthy demonstration of how reductive people can be when engaging with environments drastically different from their own.   Fleshing out the perspective of displaced or obscured Latin American people is particularly important to 2666 as it corresponds to Bolaño’s own movement in life.

Not only are careless judgments passed, but incessant, numbing violence becomes the novel’s essential force in depicting the lack of dialogue that persists between people bounded in by their unthinking apathy.  After delving further into the life of the Mexican professor and his far more Mexican acclimated daughter, the novel turns towards accounting for an atrocious series of murdered women in Santa Teresa, Mexico.  While the fear of the murders is alluded to throughout the novel, it becomes the centerpiece when a black American journalist, Fate, gets swept up in his own personal investigation into the extent of the crimes.  When this outsider, whose own judgments enhance the novel’s conflicting perspectives, tries to comprehend such a visceral tangle of brutality he quickly becomes dwarfed by its scale (a perverse nod to the inner working of 2666 itself) and must abandon his inquiry, fleeing both Mexico and the novel.

So begins a staggering series of vignettes in which Bolaño examines murder after murder in Santa Teresa.  Always studying it in its wake, often from the perspective of a variety of Mexican officers, the novel wades through such grisly depictions of dead women that they are eventually rendered to blurred piles of bodies, flimsy fictitious lives always already extinguished.  This is where Bolaño succeeds the most in his unique criticism of the limitations of fiction’s simulations of reality.  He rapidly establishes a format for accounting for inexplicable murders, and then perverts it.  At points the deaths seem like bare bones obituaries, other times the novel decides to fixate on a minor character for an uncomfortably long time.  This effort to shift between reduction and partial reality, such as examining a dead woman’s family, her job, the aftermath for her community, makes the tensions of the novel’s creative drives very prominent.   Any major premise of the novel seems to have been derailed while reading this portion; it is Bolaño’s decision to involve countless people that gives the novel its spiraling sense of being a botched conversation about actual life and death.

Only after wiping away any direct sense of plot and order via the three hundred page binge of violence and a widespread, Mexican-community driven hunt for guilt and vengeance does the novel return to its sole anchoring character, Archimboldi.  The reader is transported to the eastern front of Germany in World War II, in which a young version of the novel-long sought after writer is serving for a severely waning Germany.  After being carried away by such tremendous distancing techniques the novel can now return to its major character, a character who has yet to exist in the novel, whose only ever been discussed, with a wide enough perspective that the man seems utterly diminished, essentially a real and struggling individual.  Bolaño tracks the path Archimboldi takes from child to soldier to writer to anonymity with startling energy and brevity.  The sensation of the longwinded trial of facing countless imagined people has subsided.  What remains, as the novel shows you how its major character went about disappearing in the first place, is the lingering sense that one point of reality can never be pinned down.  Instead, the ripples outward to more people, societies, suffering, and stories reverberate off each other and create a chain of more ripples, a limitless project of imagination that at its best shows the need to expand fiction in order to come closer to resembling reality, an impossibly frustrating but essential condition of imagination.  By taking up this task, Bolaño’s 2666 is simply groundbreaking.

Ryan Gleason is a literary editor at Pif Magazine. He can be found reading and writing in a Seattle puddle or at ryan.gleason@pifmagazine.com.