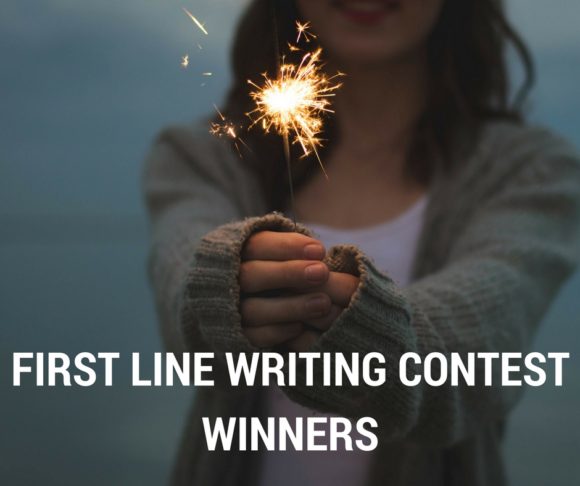 Thank you to all the authors who wrote in to our inaugural writing contest! Those who did not object to publishing their submission are displayed below.

We actually have a tie for first place. This means that, for the month of February, we will welcome submissions of up to 5,000 words in length that build on either of these two first lines.

And the winners are…

She spent so many days speaking only to the wind that the gusts and gales eroded her tongue. –Craig Towsley

It was in the shadows of the circus that the real story lay. –Tara Cohen

Thank you again to everyone who participated! Please feel free to submit again; this round robin story isn’t going to build itself!

Check out our other fantastic submissions below.

I allowed the tears to flow as they lowered her coffin into the hole in the earth that would be her new home, knowing that as much as I longed for it, the truth must stay as buried as she now would be. –Greg Carson

“What’s the point of ever saying anything at all when everything has already been said, including this?” the laconic turned her icy gaze upon the businessman, much as a hungry carnivore goes for the jugular, catching the young entrepreneur by utter surprise on the three-hundred-and-sixty-sixth day of his dogged pursuit into her stunning mindspace, tucked into a choice locale of the exorbitantly priced Peak of Silence. –Amber Hak

Inside the lovely night she steadfastly holds open her slanted eyes, as closing them always reveals a skeleton that lives inside of her – all hollowed out and boned in – it patiently awaits her last breath when it can finally escape and flash its stark, beautiful whiteness.  –Carolyn Harmon

I often try to swing by later, to collect the bullets that missed me. – Deb Cutchey

She wept into the harbor with her back to the crowds strolling by on the seawall. A white rowboat bobbed in the tainted water, rust framing the bench seat where a seagull sat at command. Its small helm attached to a weathered dock post by a sagging yet secure knot. Her sunken heart ached to realize she too was still anchored to a man that had set sail six months ago leaving the life they had dreamt of together for years to be her Titanic. It was time to call it a total loss, that old dream, and leave it to someday a treasured story of nostalgia and unanswered prayers. She didn’t have the energy to long for a lie anymore so this was it, her last tear wasted. Life called from Zurich and the 6 AM flight to a new adventure didn’t have room for stale grief and… –Jena Meyerpeter

As Aria descended down the stairs, she noticed a green envelope with a black seal on the coffee table accompanied with a white daisy, and realization hit her like a ton of bricks, the unknown messages, all the missed calls, it could only mean one thing,…He was coming. –Soumya Jain

It was not the smile on Ian’s future father-in-law while he shuffled the cards that alarmed him, it was the .38 revolver gleaming on the coffee table. –Eliah Medina

Falling to the floor, tired and dry-mouthed, she wished to become emotionless. —DRC Jessup

It was obvious that the body lying across my chest was, to quote the Munchkin Coroner, really most sincerely dead. –Jerry Ison aka Buck Thorn

Sure, he’d smelled beauty before: He’d smelled it on his walks when wildflowers blanketed grassy knolls, creating a fragrant bed to rub his back on—but never had he experienced beauty like breathing in the salty aroma of peanut butter.  –Felicia Kloewer

Determined flies blemished her filleted flesh, filling the room with erratic murmurs that required no perception to determine what had happened; from the exposed bone each immoral vermin performed their copulation ritual, her fate had been determined when she married the butcher. –Felicia Kloewer

Having spent a lifetime putting people in the position where he was now, chained to a cinder block at the bottom of the lake; Eli knew that his last victim, freshly rotting only thirty yards away, would provide his only way to escape and exact revenge. –Alexander Ruggie

The soft, glowing candles cast a tranquil, warm blanket over the room – which under different circumstances might almost seem romantic – but not tonight. –Chris Warner

Twenty-six seconds remain before the elevator doors open to the ground floor and they see I’m covered in blood; I need to think quickly. –Angela Burns

Nobody can see you cry behind a welder’s mask. –Morgan Jordahl

Mariah Beckman is a Seattle-based writer and editor. A transplant from the cloudless skies and arid heat of the Arizona desert, Mariah spends most of her time trying not to feel soggy. Mariah holds a bachelor’s degree in English from Arizona State University and spends much of her free time with her beau, her family, and her pot-bellied pig, Bebop. When she’s not pretending to know how to knit, she loves to run, hike, kayak, shop, snap photos, and explore the nooks and crannies of the Pacific Northwest.