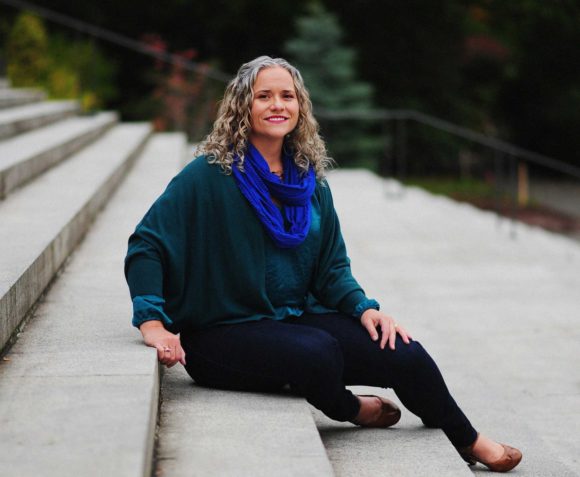 Lisa Brunette is a Seattle-based game writer, novelist and freelance journalist who was born in Santa Rosa, California, and resides today in a small town in Washington state. As a young girl, Brunette moved from one military base to another. There was a lot of change in her life, but books were always a constant.

Brunette began her writing career as an activist-writer. She penned op-eds, fundraising brochures, press releases, and other campaign materials for non-profits devoted to environmentalism, social justice, and science education. Perhaps as a rebellion from her military childhood, she ran a successful letter-to-the-editor campaign against funding for the B2 bomber and SDI–the plan to shoot down nukes from space using lasers, for those who don’t remember.

She earned an English degree and then a Master of Fine Arts in Creative Writing. She put herself through school on part-time jobs, loans and scholarships, including a Michener Fellowship.

Brunette’s first book was the semi-autobiographical collection of short stories called Nobody’s Brat. This book earned her the Miami Fiction Prize, an AWP Intro Journals Project Award, and a Tacoma Arts Commission grant. She was also named a finalist for the Faulkner-Wisdom Award, a semi-finalist for the Tennessee Book Award, and published half the collection in literary magazines. She’s since posted three of the stories on Wattpad, where they’ve been featured in the Coffee Community, with more than 10,000 reads and 129 comments. They’re also available as ebooks everywhere.

A celebrated poet as well, Brunette’s work has appeared in Comstock Review, Tar Wolf Review, and numerous other publications. Her collection, Broom of Anger, is now available in print and ebook. Her work has since appeared in Poets & Writers, Author Magazine, various blogs, newsletters, journals, alumni magazines, and newspapers.

By 2007 she found herself in Seattle, where she hooked up with a start-up called Crosscut. She served as a freelancer and then deputy editor before the investors pulled the plug. The org is now a non-profit. She also published with the Seattle Post-Intelligencer until they ceased the print edition and with Seattle Woman before it folded. She continues to write articles for whoever will pay for them.

When the door on her journalism career slammed shut, another door opened. It all started with a contract gig in Nintendo’s legendary Treehouse, where she wrote dialogue for a fashion journalist character in the hit game StyleSavvy. Soon she was recruited to Cat Daddy Games, a Take-Two Interactive studio, where she wrote for the AAA Carnival Games franchise. Two years later, she was aggressively recruited away from that gig to Big Fish, where she stayed for five years.

At Big Fish she amassed credits as a narrative designer in hundreds of bestselling mystery games, built a team of game story experts, and established herself as a key figure in the casual game industry, with a headlining conference presentation covered in the press, references to her work in academia, and an appearance in the documentary Boys’ Toys. She continues to write for games, with her most recent work on the game Smash Squad.

After eight years as a narrative designer crafting story by committee, Brunette longed to write her own stories. In 2014, she released her first novel under the Sky Harbor Press imprint, Cat in the Flock. The Dreamslippers Series was born.

Kirkus Reviews praised Brunette for her “refreshing majority of female characters,” and she won her first indieBRAG medallion. For the second book in the series, Framed and Burning (2015), she was a finalist for the Nancy Pearl Book Award, a RONE Award nominee, and honored with another indieBRAG medallion. Book three, Bound to the Truth, released in fall 2016.

Pif Magazine‘s Liz Kellebrew caught up with Brunette to dig a little deeper into her career, her process and her current work.

How did you get into the world of game writing?

That’s an interesting story. I’d been working half-time as a deputy editor with Crosscut.com, and one day in October, my boss asked me if I’d be ready to move to full-time by the end of the year. I said yes. The very next week, the investors pulled the plug on Crosscut, and they let go of everyone but me. My hours were reduced to quarter-time. As if this career turmoil weren’t enough, I was in the beginning stages of divorce, so my personal life was in flux as well. In the middle of all this, I went back to the Midwest to stay with my sister. While I was there, a recruiter called to ask if I’d be interested in working at Nintendo. I said yes, and that began a decade of work in the games industry. When one door closed, another one opened. Part of that was luck, but I’d also made sure my portfolios with various recruiters around Seattle were up-to-date, and I made a point to meet with them in person so they would get to know me. When a contract job in the legendary Nintendo Treehouse became available, they knew to call me. My background also included research and writing for an interactive museum exhibit on the history of computer tech, so interactive writing was already familiar to me.

What are some of the most rewarding aspects of game writing? What are some of the challenges?
Rewarding aspects of game writing: getting to do actual writing, as opposed to rewriting or editing. Most of my career has been spent in third-party production, which meant a fair amount of time spent reworking other people’s narrative designs and/or text. But even when you’re the originator of the storyline and writing in a game, you’re working collaboratively with others, and this can be very rewarding. It’s not so much, “Look what I created!” It’s more about the we. The challenges come in when a developer doesn’t understand the audience or how to tell a story visually, or if the process gets bogged down, for example, because one person has too much say, everything has to go through him, and he keeps moving the goal posts.

What makes or breaks a game narrative?

Many things can break a game narrative: pandering to an audience you don’t understand, not listening to players, designing a game for yourself instead of others, making a game when what you really wanted was to write a novel. What makes a game narrative: designing specifically for an interactive medium, an emphasis on visual storytelling, compelling characters, and rich relationships between them and the player character.

What advice would you give to someone who wants to start writing for games?

Don’t expect to find a narrative design or writing job right out of the gate. The industry is always in flux, and there are veterans out there competing for the few jobs advertised. Take a job in customer support or QA first, but not just to get a foot in the door. Stay there long enough to really learn the business of making and selling games.

You also write novels. How would you describe your work?

The word most often used to describe my Dreamslippers Series is “quirky.” I wrote three books plus a novella about a family of psychic dreamers led by the matriarch, a 77-year-old yogi who solves crime without ever picking up a gun. Part of this came as a reaction to designing games for older women for five years. I had to teach many of the twentysomething male developers how to create storylines for an audience that is their polar opposite. These young men’s ideas of older women were almost always reductive and stereotypical, so by the end of that, I had a pent-up need to give the world Amazing Grace, a sexually active, fashionable, spry woman of 77.

What made you decide to become a writer?

I’ve wanted to write since I could hold a pen. As soon as I put together that the books I’d been reading were written by writers, and that that was an actual job, it’s what I wanted to do.

What are some of your literary influences?

I have a BA in English and an MFA in writing, so my early adult influences come from academia, a sort of eclectic list: Toni Morrison, Jamaica Kincaid, Zora Neale Hurston, Maya Angelou, Raymond Carver, Lorrie Moore, Junot Diaz, Anthony Burgess, Edwidge Danticat, Djuna Barnes, Virginia Woolf, Shakespeare, Coleridge, Keats, Hemingway, Faulkner, Fitzgerald. I’m influenced by genre fiction as well, from writers like Jayne Ann Krentz and JA Jance to the literary suspense writers I favor now, Gillian Flynn, Paula Hawkins, Tana French. After writing profiles of mystery writers for a Seattle Woman cover story, I remembered what I loved about stories from my childhood. Academia had beat genre fiction out of me, but then I gravitated back to it on my own. Then of course there’s the influence of steering the narratives on hundreds of games, mostly in the mystery, romance, fantasy, adventure, and horror genres.

What’s the best piece of writing advice you’ve ever received?

The best advice I ever received was to pay no attention to the haters. When you have real talent, those around you who don’t but resent yours will try everything in their power to knock you down. But the proof is in the work. It speaks for itself. When it’s just a reader sitting with your text, you’re not there to explain or defend, and no one else is there to discredit or point out non-flaws.

Is there anything else you’d like our readers to know?

I write in three different arenas: books, games, and journalism. It can be tough at times to keep up with all three, but I limit myself to the core of each that matters. Whether I’m writing a novel, designing a game, or interviewing someone for a feature story, what I’m looking for is the story.

You can keep up with Lisa Brunette’s work as well as her blog @ www.lisa-brunette.com.
Sign up for the newsletter and receive the first book in the Dreamslippers Series free on ebook. (We did; it’s awesome.)
Stay connected to Lisa on Facebook or keep up with her daily musings on Twitter @lisa_brunette.