Money for Old Rope: A Prelude to Writing in the Digital Age Trevor Zaple Essay,Guest Column,Industry

person_pin Money for Old Rope: A Prelude to Writing in the Digital Age 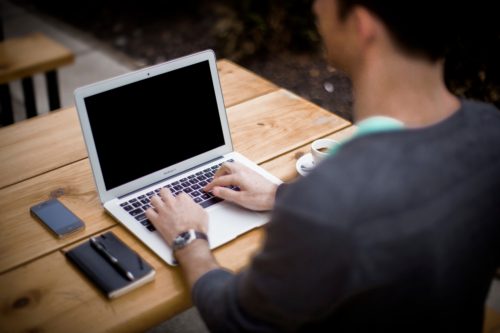 This is a line I’ve used a few times and it gets some laughs, mainly from creatives who feel it all too well.  A life spent in art is one in which you have to get used to certain scams.  There’ll always be that fast-talking huckster who wants to use your designs for his start-up; the offer is always “I can’t pay you, but just think of all the exposure you’ll get!”  Maybe it’s “give me that beat, when my song goes viral, you’ll get so much exposure!”  Even worse are the outright flim-flams; writers of a certain age will remember the old Poetry.com grift, where they would accept any old junk and flatter you and then ask you to buy a copy of the anthology you were “in” (and don’t forget to buy copies for your families and friends!).  It’s little wonder why one of the more consistent slogans I see on the writing forum I moderate is “all money should flow toward the writer.”

Harlan Ellison, best known for his disturbing short story “I Have No Mouth And I Must Scream,” put it in a much blunter fashion:  “I don’t take a piss without getting paid for it.”  Ellison’s attitude tends to be quite common among writers, and on one hand it’s easy to see why.  In a world where corporate entities are always looking to cuts costs and people help themselves to artistic endeavours online, the subject of money tends to be a sensitive one.  On the other hand, it’s often taken too far and using it as a blanket statement can be misguided.

Literary magazines were in decline for quite a while as the public moved on to other entertainments, but ease of access to the internet has brought back an interest in creating them.  The English departments of most universities have one, but the number of internet-based magazines has exploded in recent years, in both literary and genre flavours.  If you follow Submittable on Twitter you can watch their calls for submission parade past in real time, and the sheer amount of literary outlets available these days can at times feel overwhelming.  Unfortunately for those writers who feel that money should always flow downhill toward them, many are unable to pay their writers.  Among those that do, the payments have sharply decreased from the old days.  Stephen King once wrote in Danse Macabre of selling $400 short stories just in time to buy medicine for his children; outside of a few long-standing stalwarts, you’ll be lucky to clear $50 from most magazines these days.  Even worse, Submittable has become the standard for accepting submissions for most magazines these days, and the fees that Submittable charges have prompted many to institute “reading fees” of $3 or so to defray those costs.

“No fair!” the writers cry.  “I shouldn’t have to pay anything to get you to consider my work!  My work should stand in consideration free and pure, like a new-fallen field of snow!  Furthermore, you should pay me a considerable amount, because you’ll be making money off of my work and it’s unfair for you to take all of the profit!”  This is not a strawman, either; these are all arguments I have read from writers while moderating.  There are a number of things that are problematic with it, and I feel that it’s because of a fundamental divide in how writers perceive magazines and the reality of literary magazines.  Back in July, Stephen Burt wrote a piece for The New Yorker wherein he asked, “Why on Earth would you start a literary magazine?”  One of the cautionary items he lists in his opening paragraph cuts right to the heart of it:  “You’ll have to keep your day job, unless you’re a student or so rich you don’t need a day job.”  Literary magazines are two things for those who run them:  time-consuming and expensive.  When it comes to layout, design, printing costs, web hosting costs for those going the online route (or both online and print, as some have chosen), the time away from productive income-generating activities, Submittable fees, and then paying both staff and artists, the costs start to run away.  I’ve looked seriously into the start-up costs associated with launching a literary magazine and it would start at around $2000, go up considerably from there, and that the guarantee on profit would be laughably small – close to zero.

Many of these magazines are run in this fashion, on tight budgets with no expectation of profit for years, if ever.  They are by and large labours of love, and one of my favourite parts about the expansion of the presence of the internet is that it allows us to share our labours of love with the world with increasing ease.  The insistence on always being paid for every single scrap of writing, however, strikes at that idea in a fundamental way.  When you say that every single piece by every writer should always be paid, and paid well, what you’re really saying is that you think that those who can’t independently shoulder the cost of starting up a literary magazine with full pro-market pay for writers (or even semi-pro) should be disallowed from having their particular vision seen by likeminded individuals.  It’s an elitist view on art that undermines the principle of collective discussion of ideas and the remix culture that the internet is largely founded on.  If only the wealthy can afford to have their voices heard, then only the perspectives of the wealthy will be put forward.

Of course, when a publication can afford to pay, ethically it should.  In October Wil Wheaton published a piece in which he outlined his reasons for saying a firm no thank you to The Huffington Post, who were offering him precisely nothing, the same offer they give the majority of their writers.  Unlike the case I’ve argued for above, The Huffington Post (which Wheaton notes is valued at fifty million dollars) isn’t struggling just to meet the obligations of publication; they can afford to pay for pieces and they simply choose not to.  Unfortunately, those are the stories that rise to the top most often in conversations surrounding the topic:  the Huffington Posts, the diminishing and disappearing advances from publishers, the media conglomerates “crowd-sourcing” their reporting from Facebook, Twitter, and Reddit.

Small-scale literary magazines get lumped into this category; when their calls for submission are posted, writers tend to treat their lack of offered payment with suspicion and some can get quite nasty about the problems with income flow.  The vast difference between the two cases is obvious when you think about it, but all too many writers see that they aren’t being offered pay and thereafter refuse to think about it.  Thus, a lot of literary magazines deserving of attention get passed over by writers who feel that the paycheques should just roll right in, regardless of fiscal reality.

So, to my fellow writers, a plea:  take a chance on a fledgling magazine, regardless of your bank account.  They’re in the same boat as you, and the relationship can be symbiotic and rewarding for its own sake.  Art starts from the bottom up and it relies on a good-natured trade of ideas.  If you can get paid for that trade, you should.  There’s a lot of instances, however, where it’s not realistic to expect – and that’s okay.

Author, musician, music nerd, general muckraker. Lives in London, Ontario with his wife and kids. Willing to hold forth for uncomfortable amounts of time on post-apocalyptic literature, rock ‘n’ roll, and why you should buy my book. Like he keeps telling short fiction publications, his work has appeared in Trigger Warning, Tracer, The Tongue, Cloud Streak, Playwithdeath.com’s The Nightmare Collective anthology, and in flash form in various places across the internet.