Marisa Silver Derek Alger One on One

Marisa Silver, who made her fiction debut in The New Yorker when she was featured in that magazine’s first “Debut Fiction” issue, is the author of two novels and two story collections, her most recent collection, Alone With You

, was published by Simon & Schuster in 2008. Her fiction has appeared in THE BEST AMERICAN SHORT STORIES and THE O. HENRY PRIZE STORIES, as well as other anthologies.

Prior to turning to fiction writing, Silver had a successful career in Hollywood, where she directed feature films, including Permanent Record (1988)

, starring Kevin Bacon and Elizabeth Perkins, which she co-directed with her husband to be, Kevin Kwapis.

, while she studied at Harvard. The film was awarded the Grand jury Prize at Sundance in 1984, when Silver was 23.

Silver currently lives in Los Angeles with Kwapis, and their two sons.

Derek Alger: Starting from the beginning, your family moved to New York City from Ohio when you were relatively young, what influences do you remember? 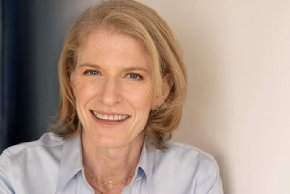 Marisa Silver: I remember most sitting at my window staring across the street into all the other windows and wondering about the life inside those windows. And I remember sitting at the revival theaters like the Thalia and the 8th Street Playhouse watching films by Renoir and Fellini and then walking out into the low afternoon sunlight feeling an acute and wondrous sense of solitude. I remember roller skating on the rough sidewalks, feeling the vibrations in my legs. Dodging crazy people on the street, getting mugged, how quiet the city once was on a Sunday morning when the shops really did stay closed for the day…so many memories and I have yet to write about them.

DA: Congratulations on your most recent story collection, ALONE WITH YOU. It says a lot that you dedicated it to your mother and sisters.

MS: My mother has made films all her life and when I think back on it, I remember how much she made me part of her creative process. She had me read her screenplays and I was often allowed to sit in on casting sessions and even offer my thoughts. She seemed to really care about what I had to say, she seemed to feel my opinion mattered. Maybe it did, maybe it ultimately didn’t. I doubt anything I said ever changed her mind. She knew what she was doing, after all. But the fact that she made me feel that my voice and that my aesthetic opinion mattered was and is a huge gift.

As for my sisters…well, the story “Three Sisters” says it best. You are never not a part of a sibling group. Without them, I am nothing!

DA: You attended Harvard. What did you originally study?

MS: At Harvard I was all set to major in Visual Studies as I was passionate about making films. But then I got a job to co-direct a PBS documentary and I dropped out of college to do that. This opportunity came about because I had begun to work after school for a filmmaker named Ricky Leacock, helping him and another filmmaker to edit a film they had made about the artist Maud Morgan. Ricky was then offered the PBS job and asked me if I would do it with him. All I wanted to do was to make films, so I accepted. My parents, strangely, were supportive of this and never gave me any grief about dropping out. I went off to Muncie Indiana and made a film with Ricky about a family of charismatic Christians. I met them at an exorcism.

DA: What came next?

MS: After I finished that film I wrote a screenplay and, along with my older sister, raised money to make an independent film called Old Enough. It’s a story about two little girls growing up in New York on the same street but from wildly different backgrounds. It’s about growing up into a consciousness of class divide. The film premiered at the Cannes Film Festival in the Director’s Fortnight Series and then went on to win the prize at the Sundance Film Festival which was then called the USA Film Festival. It was a tiny little festival back then, not the crazy Hollywood hullabaloo that it is now. The only people watching the films were locals and a few film buyers. They gave us the prize in a cafeteria.

With that film under my belt, I decided to give Hollywood a try, so I literally packed my bags and got on a plane. I remember at the time the cheap flight was called People’s Express and you could only have two bags. I had about six, including my enormous electric typewriter (I’m dating myself here) and so I went up and down the line asking people if they would carry my bags for me. Obviously this was in an era when they didn’t ask you whether a stranger had handled your bag before you boarded the plane. I worked at a studio for a while, developing projects, and then got the chance to direct for Paramount, a film called Permanent Record – a musical about teenage suicide. No one seemed to think that was strange. One of the highlights of that film was that somehow we decided to ask Joe Strummer to do the score and he accepted. In the studio, he played various instruments including a toy piano and came up with this very random score which I love. He was really excited and kind. I went on to make a couple of other films including one I directed with my then boyfriend, now husband Ken Kwapis called “He Said, She Said” which is a story told from two points of view. Ken directed the man’s POV, I directed the woman’s. It was a very formalistic project and we had a good time. But when I was finished with that, and thinking about what to do next, I had a very strong feeling that the next thing I needed to do was to no longer make movies.

DA: What made you decide fiction writing was the best medium for you?

MS: I felt very strongly that the stories I was telling weren’t the stories I wanted to tell, that what interested me — human behavior, the nuance of character, the life that exists in shadows and moments — was not, for the most part, the stuff of film. I knew I wanted to tell stories but I had a very profound realization that I was working in the wrong medium.

I started to write stories. And then I thought it might be time to finish that education that I’d taken a rather long break from, so I put myself in graduate school. Was it hard to leave the world of filmmaking? For me, it felt absolutely essential. I knew that as a filmmaker, I was on a very fast moving, sometimes exciting train, but that it was the wrong train taking me to the wrong place. It was liberating to put the breaks on (uh oh — extended metaphor alert!) I’m so glad I was conscious enough to understand what felt wrong to me about working in film and what felt right to me about sitting alone in my room writing stories.

DA: Where did you go to graduate school?

MS: The low residency program at Warren Wilson was perfect for me. I went to the school twice a year for ten day sessions — classes and lectures and workshops, and then went back home to work and send my work to my teachers. I had amazing teachers – Antonya Nelson, Robert Boswell and Geoffrey Wolff. More than anything, they taught me how to read like a writer, how to understand how craft is used in others work and so begin to see how I might apply it in my own work. I think it’s pretty hard to teach a person how to write, but you can teach them how to read.

DA: Do your stories come from anywhere specific?

MS: My stories emerge from places I’m not really aware of. I don’t sit down and try to think of what to write about. I guess I’m always thinking about it on some level, and then my thoughts combine with things I see or experience or read about and then suddenly a situation, or a character, or a voice appears. I move through stories very intuitively. I rely very much on my associative imagination, the part of my mind that combines seemingly disparate feelings or ideas. I write like a collagist might work. I piece together random things and try to find their underlying joins. I don’t assert meaning or purpose. I let all that emerge. Sometimes I’m hardly aware of meaning. I think it’s probably better for me not to be so that my stories can be surprising and so that they can get into the eddies of human emotion in diverting and unexpected ways.

DA: You certainly succeeded with your story collection Babe in Paradise.

MS: My first collection, Babe In Paradise was comprised of stories set in the Los Angeles NOT of popular imagination. I wrote about people who live on the margins of the life that is exposed in the media. Mostly that’s the way people live here, so my characters are not “marginal” in that sense, they just live on the outskirts of the high life. I’ve been incredibly inspired not only by the city, but by California in general. My third book, The God of War, takes place at the Salton Sea in the desert about three hours east of LA. It’s an amazing, raw, demanding place. I like writing about how place affects the way we behave. We might all live in the same city, but we really don’t. We each feel the air differently, walk on the ground differently, depending on our character and our situation. There’s a real dialogue there. It interests me to try to write it. In the most recent collection, Alone with You, some stories take place in LA, others in the Midwest, a couple overseas. Each story is utterly contingent on place. These tales would not exist in any other locations.

MS: I loved writing about adolescence in The God of War. It seems to me that this is a most poignant time in life. A kid is holding onto childhood at the same time that he is desperate to assert an independent identity. Issues of community versus the self appear for maybe the first time in a child’s life in a profound and personal way. And the feeling of hating those you love appears, and along with that, all the myriad contradictions of life.

DA: You recently had an interesting experience at WordTheatre in Manhattan.

MS: WordTheatre is a great program that presents actors reading stories. I’ve had stories performed three different times by three different actors. Always, the experience has been an odd kind of revelation. I may hear many voices in my head when I write, the voices of my characters. But tonally, I only really hear myself. Even if I say a line of a character as I imagine she might say it, it is still my voice. So it is a revelation to hear an actor read a story, to hear another’s voice, to listen to the choices the actor makes. It is a huge reminder that writing is only half the process. The other half is being read. The reader brings him or herself to the work, filling it in, fleshing it out. That’s the part of the process I’m usually not privy to, unless, as in the case of WordTheater, someone reads my story to me.