Aaron Belz Luke Irwin One on One

Aaron Belz (belz.wordpress.com/) is the author of poetry collections The Bird Hoverer (BlazeVOX Books, 2007) and Lovely, Raspberry (Persea, 2010). His poems and essays have appeared in the Washington Post, Wired, First Things, Books & Culture, Gulf Coast, and Fence among many others.

Reviewers have often compared Aaron’s poetry to the style of the New York School, and John Ashbery likens reading him to: “dreaming of a summer vacation and then taking it.” His work is a curious blend of artistry, humor, and melancholy. 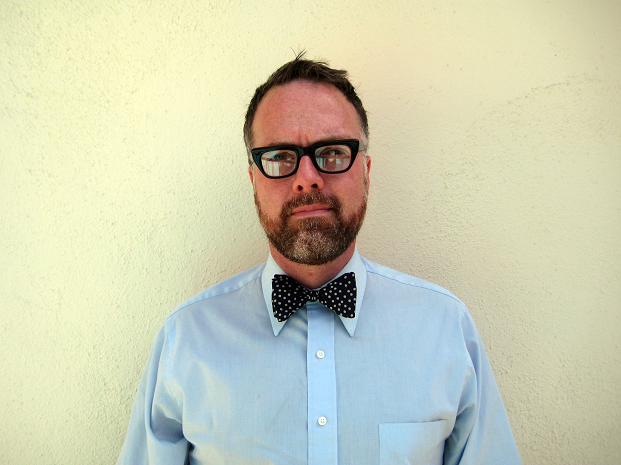 Aaron received his doctorate in English from St. Louis University in 2007 and has taught English most recently at Providence Christian College in Pasadena, CA. He currently lives in North Carolina.

Luke Irwin: Your second collection has had some pretty rave reviews? Is that a byproduct of time spent in California?

Aaron Belz: Most of those poems were written while I still lived in the Midwest; and now I live in North Carolina. California has affected the way I conceive of America, and of life, but I think it will take more time for that to show up in the poems.

Thank you for noticing the reviews. I’m always happy to read reviews of my own poetry because they’re generally very interactive, even when they’re negative. It’s gratifying because it feels like I’m getting past the position people are holding when they read and think about poetry. Obviously this is only one goal for new work; others might be that it’s wise, beautiful, inspiring, connected with its historical moment. I’m not sure my poetry is those things, but that’s no longer a source of insecurity for me. I don’t mind being a one-trick pony—or seeming like one. Actually, I think what I’m doing is at heart very traditional. Maybe it just plays out differently.

LI: You’ve recently submitted a third collection, and I’m curious if you’ve continued to write in the direction of Bird Hoverer and Lovely, Raspberry?

AB: The new book contains a bit more by way of short form, and I’m not comfortable with that. I think it’s a result of having spent some time, since 2008, giving readings in comedy venues. Some of the poems are short because they’re just jokes. Of course no joke is “just” a joke, and most of mine are flat and painful. Some are crass. But it’s good for the author to feel uncomfortable or as though he missed the mark somehow. One way I know a new poem is a keeper (at least till it works its way off the team) is if it makes me wonder if it’s any good. If it feels awkward, it might be good. If it feels easy and delights me, it’s most often not.

I’d love to get back to The Bird Hoverer’s way of looking at the world. To that end, I’ve been digging around in my archive of unpublished poems that are 7-10 years old. I found a few I really liked and submitted them to La Petite Zine, and they were accepted. They’ll be in an issue this fall.

LI: You’ve been on some comedy tours/venues. Do you have a method for integrating humor and melancholy?

AB: My primary method for integrating humor and melancholy is being really, really sleep-deprived and depressed. Then I drink at least one five-shot Americano, wait about 15 minutes, and voila! Poems. Supportive methods are to incorporate French phrases, reread old emails, and read Dylan Thomas or John Donne aloud. Sometimes looking at Facebook photos helps. Those are such melancholy tasks, and I have such an addictive/compulsive love/hate relationship with them that they often yield a new poem or two. Please know that I am not happy being funny. It sucks. It’s just a way of creating space between myself and real, legitimate, based-in-experience anxiety.

LI: I’ve read some of your early, college-era poems and the humor part is missing. How did your style develop? Do you think the associations with the New York School are accurate?

AB: The humor part was missing because in college I was a tall drink of gaiety. I had a cute girlfriend, a dad who let me buy things but lived hundreds of miles away, good grades, a Walkman and a convertible 1963 Volkswagen. Nothing yet had gone wrong. I hadn’t been exposed to the deep well of horror that is human life, especially the horror that is myself. Over the past ten years especially I’ve seen it. I’m much more sympathetic to other people’s troubles now. As to the New York School poets, in grad school I started reading Ashbery and O’Hara. After that I found Schuyler and Koch and felt right at home. It’s educated dorkiness with a correct sense what walking down the street feels like. That’s about where I was in the 90s and still am.

LI: Do you have any predictions for where poetry may be heading based on what you’re reading lately?

AB: I’m not in tune with most newer poetry, though I know many of the poets, or at least their names. I like Rae Armantrout’s poetry very much. If she’s any indication, poetry’s going to get more aggressive and self-assured, but I don’t really know. I have no clue what will happen. It depends on who’s writing it, I think. Poetry is words, and words can be made to do just about anything. To me, the big question is, will poetry ever regain its 18th and 19th century readership?

LI: In Lovely, Raspberry a poem like “Privacy” takes the clutter and sensory overload of 21st century life and then walks away from it. Should poetry be walking us away from our constant information feeds even as it dunks us in their idiosyncrasies? 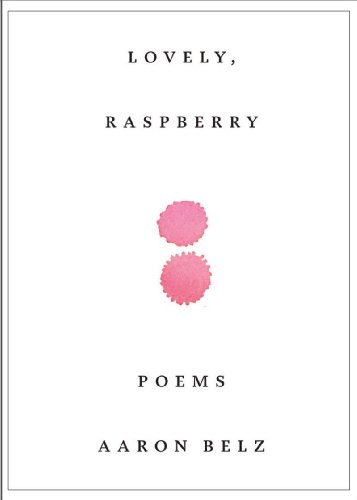 AB: That’s a great question. To what extent should poetry embody the limitations of its own age, and to what extent should it provide relief from them? I guess I balance Romantic desires (from Wordsworth to Thoreau, and even the woodsy side of Twain) with popular experience (celebrity culture, Facebook, email, etc.) in my poems, but I don’t do it intentionally. The poem is my own escape path. I don’t ever feel as though I’m creating a path for others. I guess people can read over my shoulder as I let the tensions play out in language.

LI: You’ve encouraged younger poets to read old poets. Who have you been reading?

AB: Honestly I’m reading nothing at the moment. It’s all packed up, because I just moved to North Carolina. And when I read, it’s often assigned review books, essays, opinion pieces, and more out of the way stuff. I’m not trying to sound weird, but contemporary poetry doesn’t inspire me…at all. I love and respect what my peers are doing, but I don’t read it unless I have to. It feels incestuous to read it. Old stuff (like Herrick), on the other hand, sounds really fresh and innovative. I do read old stuff occasionally. I also teach other people how to read and understand old stuff, and that process is invigorating.

LI: Your take on spoken word and poetry slams?

AB: I’m all for it. But it has a pretentiousness of its own, which is too bad. Last week I was in the Hillsborough DMV waiting to get my North Carolina driver’s license. A guy walked in who was probably in his late 70s or early 80s and loudly announced, “I need a BED to lie these old creaky bones in. There isn’t even a SEAT.”  People chuckled but the mood became nervous. People prefer to be private in public. Then he said, “Wanna hear a poem?”  I thought…oh no. Though no one had said “yes,” he recited a poem about picking up a girl. It was very flirtatious and people started to get into it. He said, “I wrote that” and sat down next to another old dude. Soon he piped up, “Anyone wanna hear another one?” I was like, good grief, man. Then he rolled out an amazing poem about how brown sugar heals his bones; it included a discussion with a woman. It all rhymed. Very old school. I loved it. That’s spoken word, and it proves that poetry does have healing power and can bring a group of disparate souls into a single community.

LI: I’ve watched you perform via youtube, and your deadpan is an important part of the delivery. For most of us the enjambment in the text is all we get. Is the “full” experience of the poem compromised when it isn’t performed?

AB: There are multiple ways for an audience to receive a poem; you have mentioned two of them. What about whispering it across a table to a friend? What about saying it slowly to someone you’re terrorizing just before you slit their throat? Or forcing them to memorize it and recite it to a dozen eggs? There are all sorts of ways for a poem to take shape in the real world, and they all feel really different.

Luke Irwin is pursing a Masters in Divinity and more of his poems can be found at thirdcardinal.wordpress.com. Other poems and stories have appeared in The Denver Syntax, Long Poem Magazine, and Anbobium.