Nick Antosca Derek Alger One on One 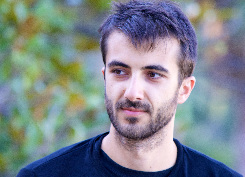 Antosca’s writing has appeared in numerous anthologies, literary journals,  newspapers and other venues, such as The Paris Review, The Daily Beast, and The Barcelona Review, to name a few.

Born in New Orleans, Louisiana, Antosca currently lives in Los Angeles, where he has  written for MTV’s Teen Wolf and the ABC military drama series Last Resort. He graduated from Yale University in 2005 with a degree in film studies.

Derek Alger:  I see you were raised in Maryland with Louisiana roots.

Nick Antosca:  Yeah, I was born in New Orleans when it was basically a swamp of crime and weirdness.  My parents met there – they had both gone to Tulane and met afterward – and they were living in a tiny apartment in a bad neighborhood, one that was flooded in Katrina years later.  When I was very young – five years old, I think – we moved to Maryland because New Orleans was too dangerous.

NA: We lived way out in the woods for a year or so, in a place called Thurmont, Maryland.  There was half a mountain of forest near the house.  There was one strip of concrete walkway on the hundred-plus acres of forest, and one day I tripped right there and nearly cracked my head open and had to be taken to the emergency room.

NA: After that we moved to the suburbs, right on the border of Maryland and Virginia and West Virginia, near Harper’s Ferry, the site of John Brown’s raid.  That’s where I spent the rest of my childhood.  My mom was, and is, an elementary school teacher, and my dad is a composer of experimental music.

I’m told that I didn’t really talk until very late, and then I started speaking in complete sentences.  I was drawing stories — several hundred pages long, about dinosaurs – from a very young age.

NA: My high school years weren’t great.  I wasn’t exactly well-liked among my classmates.  It was a farm town, and the school was very small.  I did swim team and mock trial and worked on the school newspaper.  There were a lot of cows and horses, and the railroad passed through the town.  You could hear it at night.

I had one high school teacher who always encouraged me, who told me I could be a writer and who read my stories.  Before then, I hadn’t considered trying to be a professional writer.

There were a lot of places to go hiking, and I would go up in the woods.  I went to the movies a lot.  I had three friends.

I only spent three years in high school.  There was a loophole in my school’s graduation requirements, and I had technically amassed enough credits to leave before my senior year.

DA: You graduated from Yale University..

NA: Yes, my high school teacher who was so influential – Mr. Booth – had written a 7-page recommendation letter that I think helped me get in.  My guidance counselor laughed at me when I told him I was applying.  I had to drive in to Baltimore to do a college interview.  When I got the letter, I was shocked.  So was the counselor, and so were my parents, I think.

I didn’t really fit in in college either, but I liked it a lot more than high school.  My friends in college were into drugs.  We started a comedy group that became popular on campus for a short time.  It eventually disintegrated.  People were constantly high at rehearsals – I remember someone methodically hurling a knife at a wall throughout one rehearsal.

DA: Who knew comedy could be so potentially dangerous?

NA: I was a Film Studies major.  The requirements for the major were very vague, which is why I chose it.  I was able to do more fiction writing as a film major than I would have done as an English major.  The downside is, my knowledge of 18th Century British Literature is pretty limited.

Film studies as a curriculum is hokum, though.  Film theory is mostly self-justifying horseshit.  The only way to get film production experience as an undergrad was to make your own short film, which I never did because I was focused on writing fiction.

While I was there I took fiction workshops with the novelist John Crowley, who wrote Little, Big and Aegypt.  He let me do independent projects as classes where I’d go off and work on manuscripts and check in with him for notes.  He was the only mentor I had in college.

DA: You took a detour on the way to becoming an established writer.

NA: After college I got a job as an assistant at an investment firm.  I got the job off Craigslist and ended up there for four years.  After two, I was promoted and I had an office.  My job was to recruit people.  I would take them out to expensive lunches.  Sometimes I had nothing to do for days at a time – I would close my office door and walk to Times Square and go to the movies by myself.

I would also contact movie publicists and say I was a reporter for places like The Huffington Post and HTMLGIANT and persuade them to let me interview my favorite directors.  I interviewed Francis Ford Coppola and Michael Haneke and Park Chan-wook.

During that time, I was writing fiction at night.  I wrote a lot of the stories in The Girlfriend Game then, including “Predator Bait” and “Mammals.”  I also wrote the novel Fires and the novella Midnight Picnic.

DA: It was probably a good experience seeing what the working world was like outside of academia.

NA: Well, I was working at a hedge fund during the financial collapse of 2008.  My firm lost something like $20 billion in assets under management.  I saw people pretty scared, people crying.  It was a real education.  Eventually most people in my department were laid off, including me.

DA: Being laid off in your case turned out to be a great opportunity.

NA: I decided it was now or never in terms of becoming a writer.  I could only see one way of making a living writing, and that was as a TV writer.  I decided I should write both prose fiction and screenplays.  There was a period of six or seven months of unemployment in New York after I was laid off, and during that time I wrote pretty feverishly.  Some of the short stories in The Girlfriend Game were from that time, too.

DA: Your story collection, The Girlfriend Game, shows a haunting versatility with tales that stay with the reader.

NA: Thanks.  If people ask what I write about, I say, “Sex, violence, and ghosts.”

NA: Yeah, that was cool.  Midnight Picnic is a very strange book.  I didn’t expect to get an award.  I’m proud of that.

About ten years ago there was a website called Group Hug or something where people would post confessions.  Some of them were really chilling and disturbing.  They were usually pretty interesting.  One was about a guy who had accidentally run over his dog and then had to kill it.  That was the seed of the Midnight Picnic.

DA: Your first novel, Fires, captured the revelation that all is not what it seems in the stereotypical, idyllic life of suburbia.

NA: In my memory, my childhood was a weird combination of semi-suburban normalcy (Maryland) and gothic weirdness (New Orleans).  One place was farmland and rolling hills and apples trees and lawns.  The other place was bathtubs full of boiled crawfish and criminal neighbors.  I think they combined into some kind of weird hybrid.

DA: Tell us about your geographical change from the east coast to the west coast.

NA: You can’t really be a TV writer on the east coast.  My friend Ned Vizzini and I both wanted to break into TV, so we teamed up as writing partners and came out here together.  It’s been a very good partnership.  We moved out here for what was going to be three months, in 2010, and now it’s 2013 and we haven’t left yet.  It’s a strange place.  To mention the absence of seasons is pretty clichéd, but it really does deform your sense of time.  I don’t feel like it’s been three years.  I’m shocked that I’m three years older than I was when I moved here. 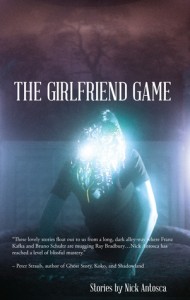 DA: You continued writing fiction, but you also were able to make a living.

NA: Yeah, I was living off savings and unemployment for the first year and a few months in LA.  It was scary.  It’s a very difficult industry to get any kind of access into.  We just asked people for help anywhere we could.  We were very fortunate – a lot of working writers gave us advice and encouraged us.

Eventually we got hired on season two of MTV’s Teen Wolf, which is a more serious and horror-based version of the 1985 comedy of the same name starring Michael J. Fox.  From there we moved onto the ABC show Last Resort with Andre Braugher, which was about a rogue nuclear submarine crew.  That was canceled, unfortunately, and now we’re writing for Believe, a show from JJ Abrams and Alfonso Cuaron, which will be on NBC in 2014, after the Olympics.

DA: Breaking into TV writing proves, in addition to talent, you certainly had persistence.

NA: I don’t know of many college programs for TV writing.  I guess there must be some.  But my writing partner and I are entirely self-taught.  We spent about two years just watching TV shows and diagraming them, figuring out what the structure is.

Our showrunner on Teen Wolf, Jeff Davis, taught us a lot.  He is really good at structuring scenes and episodes, building them out of character and emotion, creating suspense.  That writers room was like a fantastic college seminar in some ways.  It was more valuable than any film class I took at Yale.

Given that writing is such a solitary art, usually, it’s a pleasure to have a writing partner.  Frankly, I don’t understand how other TV writers do it.  It’s also great to work in a writers room.  Generating huge story arcs with a roomful of writers and seeing something take form is a profoundly different experience – and sometimes a better one – than banging your head against a wall alone to make a story.

The great thing about where I’m at now is that I get to do both.  I can write stories on my own, any way I want – and you can see what my impulses are right there in The Girlfriend Game – and every day I get to go to an office and sit in a big room and make up stories about werevolves/nuclear submarines/escaped death row inmates.

DA: What are you up to now?

NA: Right now we’re in the heat of writing Believe, so my creative energy is focused on that.  But in the back of my mind, I’m planning new stories.