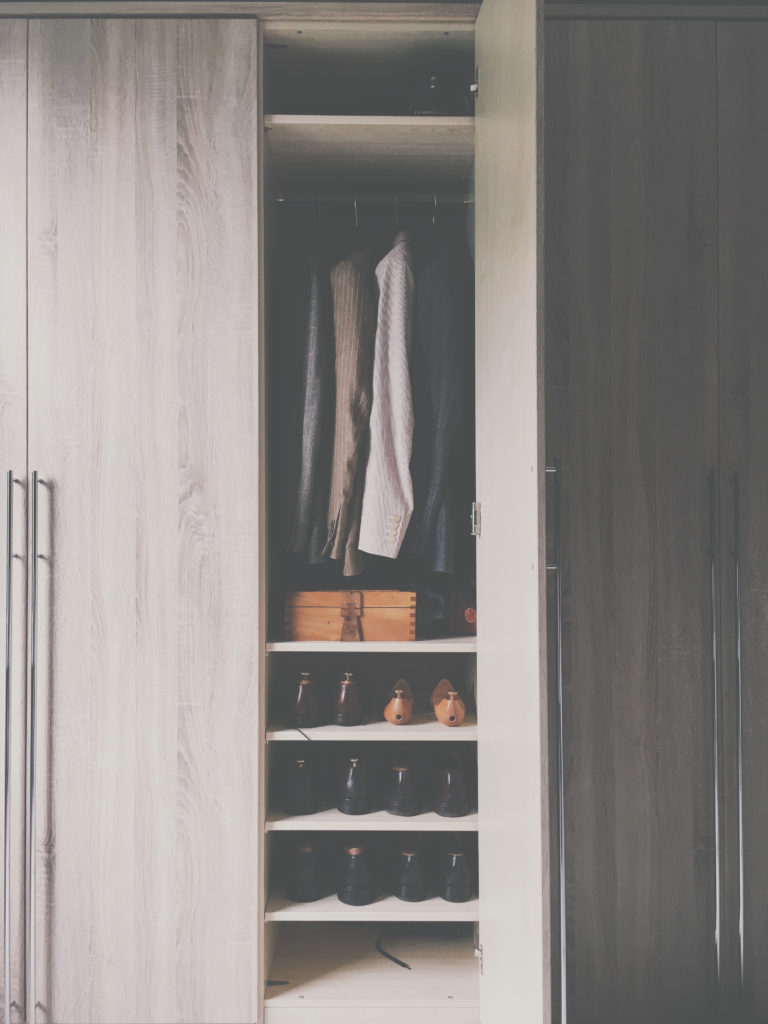 Once she got home, she climbed into the wardrobe. Closing the door behind her so that no light could reach in, she settled down on her side upon the wooden shelf, usually saved for shoes but now empty. They’d bought a new shoe-rack a few days ago. Once curled up, she had just enough room for the body; knees tucked into the stomach, arms folded up against the chest. Her body felt like a shell of a snail.

Hours passed. The soft smell of wood permeated her clothing. She could taste the varnish on her tongue. Eventually, her husband came home from work, and she listened as he made his way into their living room. He called her name. She didn’t answer. She heard him move on into the kitchen, and she heard him flick on the kettle. He was humming to himself. She couldn’t recognize the song.

Her mobile started to ring in her bag, which she had dropped by the front door. She stayed curled up in the wardrobe. Her husband’s footsteps wandered over to the trilling sound. He must have hung up his phone as the sound abruptly stopped. She heard him swear and return to the kitchen to flick the kettle off. Then came the sound of the front door being wrenched open, then came the sound of it being slammed shut. Bored, she decided to fall asleep.

A bright light awoke her. Her husband was standing at the open wardrobe door; his mobile pressed tightly to his ear. The evening had seeped into the house behind him. All the artificial lights were on.

“It’s ok, I found her,” he told the mobile phone. A beam of light from the overhead lamp settled like a band over her squinting eyes. It made them water. He straightened, turned and left the room. “Yeah, she’s fine,” she heard him say. “She was in the wardrobe this time.”

She uncurled her limbs and swung her feet out onto the carpet.

“Tea?” he called. She listened to the sound of the kettle filtering through from the kitchen, getting louder and louder, as the water reached the boiling point.

A graduate of Bath Spa University, Chloe Mayo was awarded both the flash fiction and poetry award during her time studying. Since then, she has been hired to tweet about turf and decking furniture for a living. She is bemused by this turn of events, but grateful to be writing every day.