Interview with Bino Realuyo Derek Alger One on One

Bino A. Realuyo is a novelist and poet who was born in Manila, Philippines and raised there and in New York City. His acclaimed novel, The Umbrella Country, published in 1999 by Ballantine Reader’s Circle, Random House, was ncluded in Booklist’s Top Ten First Novels of 1999. The Umbrella Country was also a finalist for the Barnes and Noble Discover Great Writers Award 1999 and a recipient of an Asian American Literary Award 2000.

Realuyo is currently working on a poetry collection, The Gods We Worship Live Next Door. Poems from his collection have appeared in The Nation, Manoa, Mid-American Review, Puerto del Sol, New Letters, and The Kenyon Review. He is a regular contributor to The Literary Review, and guest edited its special issue on contemporary Filipino literature in Spring 2000. He has also received a Lucille Medwick Memorial Award from Poetry Society of America.

He is currently working on a new novel, The Ashen Parts, and is finishing a collection of short stories about the Filipino-American experience in the U.S. He was the editor of The NuyorAsian Anthology; Asian American writings in New York City, published by the Asian Writer’s Workshop and Temple University Press in 1999, and awarded a PEN Open Book Award 2000.

A resident of Manhattan, where he is a literacy educator, Realuyo has a a Bachelor of Arts from the School of International Service of the American University in Washington, D.C., and from the Universidad Argentina de la Empresa in Buenos Aires, Argentina. He is on the faculty of Fairleigh Dickinson University’s new International MFA in Creative Writing.

His home on the net is www.geocities.com/Realuyo 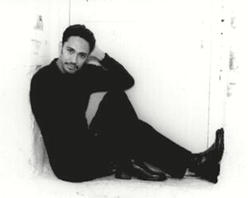 Derek Alger: Your novel The Umbrella Country is set in the Philippines during the turbulent martial law period of the 1970s. What prompted you to pick that time period?

Bino Realuyo: I was born to Martial Law. I never saw another political leader or regime during the time that I lived there. It’s the time in Philippine history when all its negative colonial influences fused into the body of one man, one monster, one dictator. Yet the time makes interesting fiction. Since it’s a familiar political climate for me, I used it as a backdrop for this family I created in The Umbrella Country. How do these repressive elements affect the people’s psyche, dreams, lifestyles? It is unfortunate that to this very day, the Philippines still sees the legacy of Martial Law. The leaders of that time are very much alive in their sons and daughters who are very active in government, because they apparently get elected.

DA: Many have described The Umbrella Country as a coming of age story of a young boy’s awakening to adulthood. In that sense, you are dealing with a universal theme but in a specific context.

BR: I never thought of the novel as a coming of age story. That was a genre the publishing houses attached to my book because they felt they had to categorize it for marketing purposes. They even put the genre on the cover. There are several voices in the book and many awakenings. Although the novel is seen from Gringo’s perspective, the awakenings are occurring all round him.

DA: The Umbrella Country is written in the first person voice of Gringo, the eleven-year-old protagonist. What advantage did you find in choosing first person narrative to write the novel?

BR: I find the first person to be most authentic. I chose it for all the different voices of the characters in the book. One thing I enjoy about writing is entering another frame of mind, another way of life through a fabricated character. First person brings about the most believable effect. It’s as if you can hear the characters.

DA: You have a unique advantage of seeing America from within, yet also being aware and experiencing the United States as a colonial power. How has that influenced your world-view and your writing?

BR: I’m very much a citizen of the world, as a result of my immigration from a former colony, and also from having lived and studied in Latin America. When outside America, as a man from the third world, I gain a unique perspective on this country’s imperial reach. In Mexico, for instance, I can spot tourists from the U.S., and am more than happy to label them as “Gringos” realizing later that I’m actually one of them. I am an American citizen, but I don’t identify necessarily with what the world thinks an “American” is. Fact is, I find it difficult now to call myself American.

Living in the City, I prefer to be identified as a New Yorker — or a Manhattanite. I think that puts me and my current work more in context of my life and perspective on literature. That’s one facet of my writing. The other — my continued interest in the Philippines — makes me feel that, because of my unique position in Filipino literature, I can produce works about my country of origin that are influenced by my background in and sentiments towards the peoples of Latin America and the fact that I also live and work in the economic center of the United States.

DA: You describe the Filipino diaspora as an economic one. I suspect that’s a concept that the isolationist segment of America hasn’t thought of much.

BR: The Philippines is the biggest exporter of human bodies in the world’s workforce, especially to their kitchens and bedrooms. The country does not make a big hoot about it because this movement of labor brings back unequaled revenues to the Philippine economy. The Nation recently published a poem of mine titled FILIPINEZA. It’s about the experiences of Filipino maids in Europe. In Greece, the modern Greek dictionary defines “Filipino” as “maid.”

As a poet, I feel strongly about challenging such stereotypes about the Filipino people. They do exist — Filipino maids and women who work as prostitutes in other countries, like, say, Japan — but why and at what cost? These are lingering questions in every third world country that is more than happy to receive payment for trafficking its own people. I have lived in poverty, and I understand the necessity to leave and survive. Although I am not a politician, I write political poetry. And publishing is my venue for my political expression. These poems hopefully bring attention to these issues.

DA: What were the circumstances that first brought you to New York City?

BR: My father brought my whole family here. He is a World War II veteran, and a survivor of the Bataan Death March and concentration camps. In the late seventies after the medical community in the Philippines had failed to find a diagnosis for his years of illness, he was flown to New York City by his siblings as a last resort. He was confined on and off at the VA hospital in Manhattan. As someone who fought for the U.S. armed forces (USAFFE), he took advantage of this opportunity and applied for U.S. Citizenship. He was afraid that should he die, my whole family would be left in desperation in Manila. That was true. Those were the most difficult years of my life. Fortunately, my father’s application for citizenship was approved and he was able to bring all of us here. A true blessing. We were on the brink of an economic downfall. So in America, here I was presented an opportunity to recreate myself. I did, many times, and am still doing that. And of course, my father is still very strong, at 81 years of age.

DA: In your fiction, you have said that you look inward in searching for pieces to write about, while with your poetry, you look outward, to the world, for inspiration.

BR: I write because I have so much to say. I have long conversations with myself in my mind. I wish sometimes I could tape these conversations, and put them all down on paper.

DA: You have said that you get involved in your writing, that your belief systems and consciousness are apparent to the reader in the first line of the poem you’ve written.

BR: I write poetry that speaks for the injustices the Filipino people have suffered during and after their colonial legacy. I am present in each of these poems, because these lyric narratives are my own political perspective. I don’t preach. I write personal experiences. I write about contract workers in the Middle East and Europe, their stories, personal stories, voices that are so personal, they’re political.

DA: Would it be fair to say you think of yourself as primarily a poet?

BR: It’s about the Filipino-American experience on the East Coast. I think I will call it Filipino Food, but I’m not sure yet. But it definitely has a lot of stories about food. I’m writing this with a sense of urgency, the way I wrote The Umbrella Country.

I think what’s missing in Filipino-American literature is a book that could be Filipino 101. I think Filipino-American writers are too ahead of themselves. So, I decided to write a collection that introduces my community to readers in America. After that introduction, we can talk about other things. I love writing these stories, and that enjoyment offers motivation to finish it. I want it to be read as a collection that is both humorous and personal.