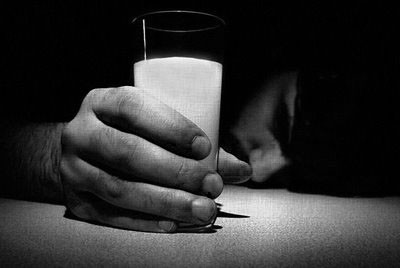 They’re lacking in feeling, my children. I told them:

“I don’t see any one of you feeling anything, except Jimmy.”

They just looked at me. Especially Pat with his eternal resentfulness. Doesn’t like me beating him. That’s what he gets for being lazy. Will never amount to anything. The Old Man didn’t like him either. Mother’s boy, with his big hips and his screaming and crying and sniffling. Can’t take his punishment like a man. Little holy boy, always in talking to his mother when I’m not home, and she in bed. I take care of it when I get home, I can promise you that.

Just last week I sent him out to get me a stick to beat him with. You should have seen what he brought me in.

“That’s too small,” I told him. “Go and get me a bigger one.”
He did and I beat the bejesus out of him. You should have heard him scream! Eventually, his mother with her usual, “Vinsect! Vinsect! The neighbors! The neighbors!”

He had a fine set of welts by then.

So I let him go. Told him to go make us a pot of tea and off he sniffled. Thank God I have two other sons that are made of sterner stuff.

His mother likes to watch me beat him, too. I think everyone feels better after a beating, his brothers and sisters, us, even him!

The Old Man lived with us for years, back there in Ireland. We had to leave him behind when we immigrated. Now he’s dead. Not that I feel anything for him myself, but you’d think the children would.

I never talked to him. I housed him and fed him but he never got a word out of me. Just a frown and an angry look. He’d left us when our mother died, down there in Skerries, left us with just an apple in the house and we’d had to make our own way. I went up to Dublin and got a job. We all managed. I had the proverbial Irish charm and worked myself into a good position.

Then I fell in love. She’d rented herself a castle with some money she’d inherited and threw herself a twenty-first birthday party in it. I was not invited, but I crashed it, and she later accepted my offer of marriage. I wonder about her sometimes, though. What was she up to before we married? She admits to nothing. Living in the gutter I sometimes think.

Six kids! Guess we liked it all right. All of them well-fed and well-clothed and brought up right and educated – always a nice roof over their head and even holidays in the West of Ireland and now up the Russian River in California.

I remember, back there, when we’d pass St. Brendan’s big church, with all the kids in the car, they’d love me to say, “Yes. That’s where your mother dragged me in, kicking and screaming.”

“That’s not how I recall it,” she’d say a bit sniffily.

What a temper she has. You have to be careful.

Then, when I lost my job, the whole American outfit pulled out of Europe, it was she who wrote to the boss and pointed out how I’d given up a good job elsewhere to come work for him. They couldn’t just abandon us. So the Jew had sent us money to come to the States and here we are. I’d had to start over in the meat department of a huge American supermarket but eventually got my real estate and insurance licenses and now I’m sitting pretty – playing golf as usual, enjoying a drink and good talk, my kids and wife are well-dressed and well-fed, I have a new car, God has been good and we’ve helped ourselves.

The Old Man had become a judge when Ireland achieved her freedom. Ladies’ man. Liked to oversee the kids working in the front yard while he chatted charmingly with passing ladies. Always a boutonnière in his lapel. They liked him. My oldest boy resented him, did not like being made to do yard work. Lazy. When we paid for piano lessons for him he only pretended to practice, waste of money. At least he learned Gaelic when his mother sent him and his brother to boarding school down in Waterford. I think he was glad to get away from me.

One thing I will say for him, however, he’s a good listener. We can go for a ride and I’ll talk to him an hour at a time. Not a peep out of him. At the end I always tell him, “You’re a good listener, Pat.” And he is. I just wish he had more backbone.

He says he wants to be a priest. He’s always been religious, like his mother and me. I remember when he was smaller, in church, he was sitting among some other boys who were carrying on, but he kept his composure, acted like you’re supposed to in church, he went up to take Holy Communion with his hands properly joined, even though some other boys were poking fun at him. He’s a bit like a girl, really, but I complimented him on it afterwards. He just looked at me. He doesn’t like it when I flip holy water on him, either, though his sisters do.

I wonder what’s to become of him. Becoming a priest will please his mother. I’ll have to take him out and show him a bit of nightlife and see if he changes his mind. Scared to death of girls. Can’t live with them and can’t live without them. I don’t imagine he’ll ever be the type to push a woman up against the wall. Sissy. I wouldn’t be surprised if he turned out…. No, I don’t think so.

His youngest brother is very fond of me, we’ve always got along so well, enjoy each other. The middle boy is manly and good-hearted, but this one, the oldest who should set the example, is a flop. He’ll probably be ripe for a beating when I get home.

Not one of them shed a tear for the Old Man! We did not either. But we’d given him a home for years and my wife would talk to him. Old bastard. Leaving us like that when we were kids. How can life produce such people? And always going around acting as if he’s such a good guy.

Damn him. One bad apple. Yes, like Pat. One rotten apple going to ruin my entire family.

I’m going to stop in at the Shamrock and have a couple and then go home and wield a little authority. Beat some backbone into him if need be.

Don’t cry for their grandfather? Well, they’ll cry for me. Get me the Red Slipper. Pull your pants down and get over that bed. The mother will be there to watch. She’s often hot afterwards. Funny, but it’s so.

Left us all alone in Skerries, with just an apple. And our mother, that saint who would visit people’s homes and encourage them to say the Rosary, long dead, the smell of roses in her room.

Beat! I’ll beat him till he’s half dead.

Maybe that will teach him to show some feeling.