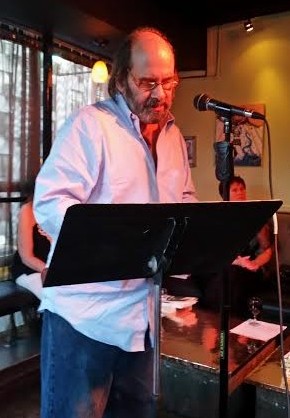 He was someone who encouraged everyone to write, to submit, to believe in their art, and to keep practicing their craft. He loved Pif, and he worked tirelessly to promote our site so that authors would have their voices heard.

I never met Derek face to face, and I only spoke to him over the phone a single time. During that single conversation (which lasted much longer than I expected), Derek asked me about my life, my aspirations, and why I was involved with Pif. I don’t remember much of it, yet one moment has always stood out in my mind. After being coerced to tell Derek about my farm-boy upbringing, my college life, and my years living in England, Derek, sounding somewhat satisfied at getting me talking, said: “You must have hundreds of stories to tell.”

Being the shy, somewhat pessimistic person I am, I tried arguing with him that I didn’t have anything that interesting to tell anyone.

Derek, though, he just laughed and said: “of course you do.”

His death came as a surprise to all of us here, and he will be greatly missed.

Click here to read a piece written for Derek by our founder, Richard Luck.

Jeremy O'Brine grew up in Wapato, WA on his father's farm. He received a Bachelor of Arts at Central Washington University, and a Master of Arts with a focus in American Literature at the University of Sheffield. He likes cats and video games.