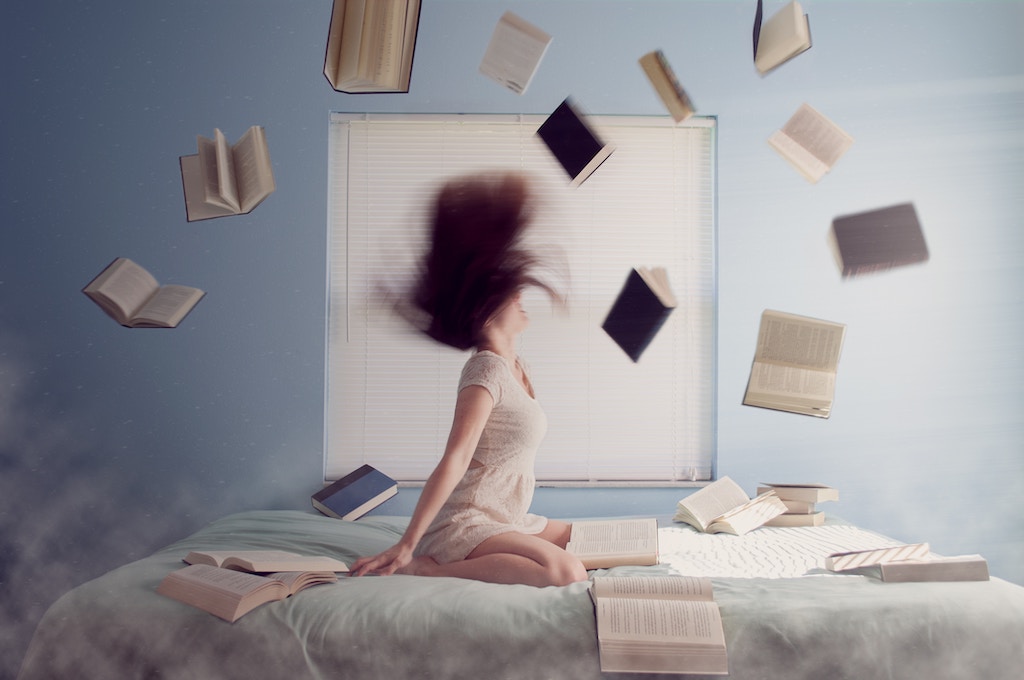 Mirrors over the roofs of Paris

Eric Leblanc left the train station Paris Saint-Lazare. The station clock showed at nine o’clock. The hands of the clock, looking down from the sandstone façade on passers-by, have made their rounds uninterrupted for decades even during the war.

I let my kid see a pair of scissors. When he reached for them, I barely screamed at all.   Yesterday, he ate a grape that had not been halved. And it wasn’t even organic!   When we play hide and seek, he no longer …

Watercolor runs down the paper like tears, like blood. She wears a beret because she is an artist. It is sky blue, but she is not keeping the peace, nor is anyone or anything united by her. ‘My name is Magritte,’ she says, ‘it is Picasso. I tear the world apart.’

Every night he went down to the beach, pushing the rickety cart his brother had made from the metal of old bomber planes and the wheels from a helicopter that had crashed many years ago, hung with small bags of peanuts and quail eggs, filled …

A Toast to Mankind

All My Plants Are Dead

Gone but not Forgotten